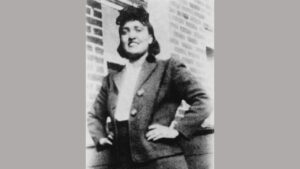 At Mahogany, Inc, we are known for our expert woodworking, general contracting, and building commissioning skills. Even more so, we are known for giving back to the Baltimore community. In the past, we have partnered with Johns Hopkins Hospital and University and taken on several architectural millwork projects for them, including their School of Medicine and the Wilmer Eye Institute. Now, we are embarking on something even more significant. The Johns Hopkins University and Johns Hopkins Medicine announced an on-campus building project named in honor of Henrietta Lacks, the Baltimore County woman whose cells have advanced medicine worldwide. Mahogany, Inc will help design and manage this project alongside other local and minority-owned businesses.

Who was Henrietta Lacks?

Henrietta Lacks was a 31-year-old African American mother from Baltimore County who sought treatment at Johns Hopkins Hospital in the early 1950s. Mrs. Lacks was diagnosed with cervical cancer, and she received the best medical treatment available at the time. Unfortunately, treatment was unsuccessful, and Mrs. Lacks passed away in October 1951. A sample of Mrs. Lacks’ cancer cells was collected during a biopsy and sent to cancer researcher Dr. George Gey’s nearby tissue lab. He studied cells from patients who came to Johns Hopkins Hospital with cervical cancer. Dr. Gey discovered these cells were unlike any others he had researched. Instead of dying off, Mrs. Lacks’ cells survived, and they would double every 20 to 24 hours. Named “HeLa” cells, the cells from Mrs. Lacks proved to be remarkably durable and prolific and have had a valuable contribution to untold medical breakthroughs over the decades since their discovery.

About the Henrietta Lacks Building

Approximately 34,000 square feet, the new building will be located in East Baltimore and named for Mrs. Lacks. Located at the corner of Ashland and Rutland avenues, in the middle of Baltimore’s Eager Park community, the building will support multidisciplinary and complementary programs of the Berman Institute, the Johns Hopkins University School of Medicine, and others of The Johns Hopkins University. It will include flexible programs and classroom space to support education and research. This construction will help to keep Henrietta Lacks’ legacy alive by recognizing and honoring her tremendous contributions to humanity over the last 70 years and continuing into the years to come. This building will be home to Johns Hopkins’ bioethics research and education, and programs for researchers to partner with patients and the community to improve the health of Baltimore and the nation

Mahogany Inc will lead the pre-construction services, offer construction management, and co-manage the project. As a graduate of the Hopkins BUILD College program, which provides training for small, local, minority-owned and women-owned businesses in Baltimore’s design and construction industries, Mahogany, Inc is proud to add to the Johns Hopkins’ legacy. To learn more about the Henrietta Lacks building project, click here.

Whenever you’re ready to build or renovate a business, Mahogany Inc. has your back. Call us at 410-727-0334 with any questions and speak to one of our licensed professionals. To see examples of our work or to gain inspiration for your next project, follow us on Facebook, Twitter, and Pinterest.